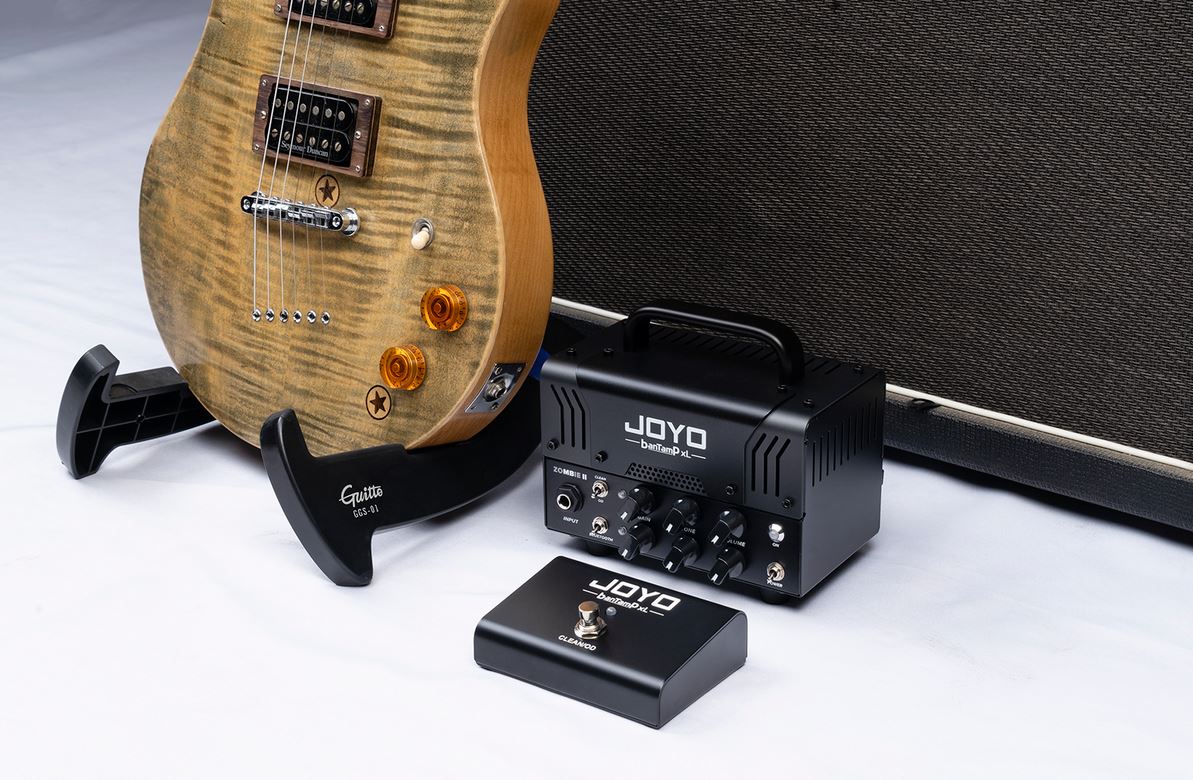 In the brutally competitive arena of guitar amplifiers, the market isn’t short on models that cater to different music styles and playing techniques. From large, heavy equipment to lunchbox-sized amps, the choices are endless, and the hefty prices of popular amps can be a deal-breaker for many aspiring players.

The Bantamp series from Joyo is a budget-friendly line of amplifiers that aim to replicate what other famous units do at lower prices. The Zombie is explicitly built as a high gain model, marketed as an affordable alternative to the Mesa Boogie IV or the Orange Crush 20 RT.

You may have got the impression that it’s a one-trick pony, but in this Joyo Bantamp Zombie review we’ll cover why it’s much more than that. Anyway, we’ve got a lot to say about it, so stick around to know if it’s worth your jamming time!

For guitarists looking for great sound and tons of gain in a portable package that doesn’t break the bank, the Bantamp Zombie is a no-brainer.

With three control knobs, Bluetooth connectivity, FX loop, and the possibility of connecting the amp to your headphones and jamming along with your favorite music, the Zombie does offer more than what we expected from it as a practice-oriented amp.

The Bantamp Zombie features a 12AX7 preamp tube and solid-state power section enclosed in a rigid metal body that can take a beating. We were surprised by how sturdy the construction is, considering the price, but the Zombie managed to exceed our expectations.

If you want to spare yourself the hassle of lugging heavy equipment around, rest assured because the amp’s overall size is 163mm x 110mm x 140mm, making it one of the most compact units on the market. If you can’t quite get how small it is, imagine a box a bit smaller than your shoebox.

The amp can fit in a gig bag without problems, and since it weighs no more than 1.2kg, it won’t add much to the weight of the equipment you’re carrying around.

While it’s not necessary given the small size of the amp, we appreciate the fact that Joyo added a small handle to the unit so that you can pick it up without risking it falling off your hands.

The sound volume of an amplifier is determined by the size of the unit as well as the wattage. As a small amplifier with 20 watts of power, one would expect it’s only loud enough for playing at home. Yet, let us tell you, this small beast is extremely loud, and from our experience, we’d say its volume is on par with 50 to 100-watt models. It even sounds louder than the Roland 30-watt JC-22.

This is good news for players looking for an affordable option to jam in band rehearsals and small musical venus. However, you won’t be able to lower the volume enough to suit a bedroom practicing setting unless you use headphones, which to our relief, is an option here. This takes us to our next point.

With a Headphones jack, FX loop, and Bluetooth connectivity, the setup of the Bantamp Zombie speaks of versatility.

As we said before, the amp may be louder than you’d expect, and considering the fact it’s built mainly for practicing, you’d want a more private setting than what this model allows.

Fortunately, it features a 3.5mm headphone jack with speaker simulation, which isn’t only good for privacy, but it’s also good for those who don’t have a speaker in the first place as they can connect it to their PC and use it as their sound outlet.

The FX loop at the back panel allows you to run special sound effects (like distortion, overdrive, fuzz, delay, and chorus) through the amp so that you can create new tones, alter the volume, craft your music, and delve into different territories.

As for the main draw of the model, the Zombie features a Bluetooth receiver that you can control from the toggle at the front of the unit. We like this feature the most as it allows you to stream your music directly from your smartphone or PC through the amplifier and play along to it; a much-appreciated feature for those who play by ear.

The Zombie sports three control knobs only, keeping things simple yet functional. The first of which is the volume knob, from which you can toggle the sound intensity of the amp. However, the magic concentrates on the other two: the gain and tone channels.

While the tone channel provides clean sounds and offers a variety of settings, the gain is what makes this unit stand out. Metal players out there would absolutely love how much gain this model has, along with the rich mid-tones and deep bass responses.

What’s in the Box

We really hope that this Joyo Bantamp Zombie review was helpful. To sum everything up, the Bantamp Zombie amp has got a lot to offer in terms of performance and versatility.

It might not be the ultimate choice for a pro guitarist, but it’s still a portable, well-built tone master for those who travel with their bands or use public transportation to transfer all of their equipment themselves to their gig. 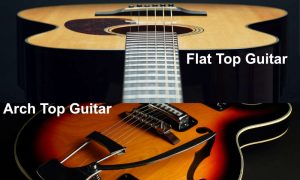 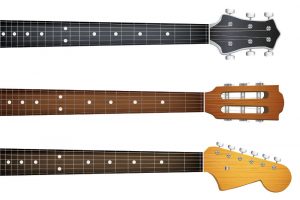 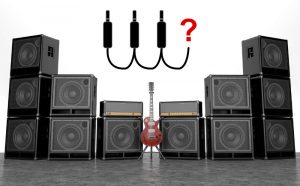 How to Daisy Chain Guitar Amps: 3 Easy Options for You!

How to Daisy Chain Guitar Amps: 3 Easy Options for You!

How Tight Should Guitar Strings Be? Does the Type Matter?

Why Are Guitar Pedals So Expensive? Are They Worth It?